Is your leadership team helping … or getting in the way? 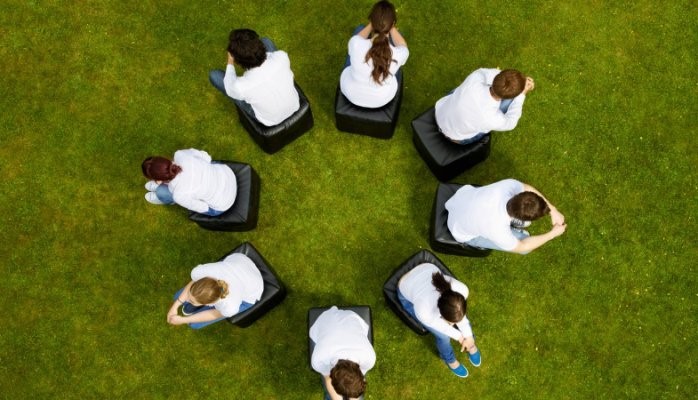 Whilst with a client CEO the other day, I asked a junior member of staff what was the best and the worst thing about working at their company. She answered the first question quickly by saying the best thing about working there was her colleagues. She then paused, a little embarrassed about answering the second question, especially in front of her ultimate boss. She then said (rather hesitantly) that the biggest negative influence was how unaligned the senior team were and what difficulties it caused her and her team mates in getting things done.

Not only was I impressed with her courage in answering the question in the way she did, but it also got me reflecting how often that it is the case in business that the lack of clarity, alignment and focus at the top team is a cause of dis-function lower down. This can surprise members of the top team as usually their view is that the issues in the organisation lie lower down.

I hear from leaders frequently that the real issue with change is in the middle management layer who are resistant and have the most to lose from a particular change. This has become a popular line recently with this group of hold-outs being referred to by various names – ‘Permafrost’ being the most descriptive. This is often coupled with the belief that, if only this layer could be fixed, or ‘unfrozen’, then everything would be fine.

Whilst a seductive belief for a leadership team, it is misguided and leads to an expensive and time-consuming focus on the symptoms not the causes of the lack of change and progress.

It’s what you do, not what you say

Leadership teams cast powerful ‘shadows’ across their organisations, consisting of unspoken ways of working, habits and non-verbal clues about “how things are done around here”. Despite the time, effort and money that is spent on leadership communicating the right things in the right way, this leadership ‘shadow’ is a behavioural shadow and defined by behaviours not speeches. Because of this and how unaware some leaders are of the impact of their behaviours, the behavioural ‘shadow’ can directly contradict what is being said, critically undermining the message.

There are three areas every leadership team should make an explicit focus in order to create the sort of collective endeavour and focus on execution that is critical in today’s competitive and fast-paced work:

Behaviours are often seen as ‘fluffy’ and difficult to get at, but they drive an organisation’s performance more than anything else. After all, it’s peoples’ actions that make decisions and get things done. Contrary to popular belief, behaviours can be shaped and aligned but doing so involves an ongoing focus, rigour and an understanding of what it means to bring about a sustained change in habitual patterns of behaviour.

The old adage ‘If you don’t know where you are going, any road will get you there’ holds especially true for leadership teams. One of the top team’s primary responsibilities is to set a clear and compelling purpose and direction for the organisation, yet it is striking how little time is given to properly defining this, ironing out differences of opinion and ensuring the highest level of focus follows.

If you lead a team or you’re on a leadership team, ask yourself whether you have created the sort of clarity and alignment that you would want or whether you could do more.

Lastly, and most importantly, are you aligned? Do you speak with one voice and support each other both when you are together and apart?

Are your leadership behaviours consistent and aligned with the culture you aim to create. Where are the gaps and where are you inadvertently acting in a way that is undermining the message?

Many of you will recognise some of these points but may see that it is a problem that you suffer from, seeing it in other teams and possibly even in your own team, but not in your own behaviour. It’s other people not ‘getting it’ that’s the issue. Right? Wrong.

Jim Collins put it beautifully it in his HBR Article where he described Level 5 leadership as looking out of the window (at others) when things go well and in the mirror (at yourself) when they don’t; as opposed to the other way around (which he described as level 4 leadership).

If you’re to make progress in this area – and it’s a significant point of both positive and negative leverage – you need to hold the mirror up and ask what you can improve on. A successful leadership team is one that is able to see areas for improvement without taking it personally or it jeopardising a sense of performing well.

The leadership team that is able to challenge itself in these areas, hold the ‘mirror’ up and hold itself accountable for what they see in the wider organisation is one that is well on the road to leading a high-performing organisation.